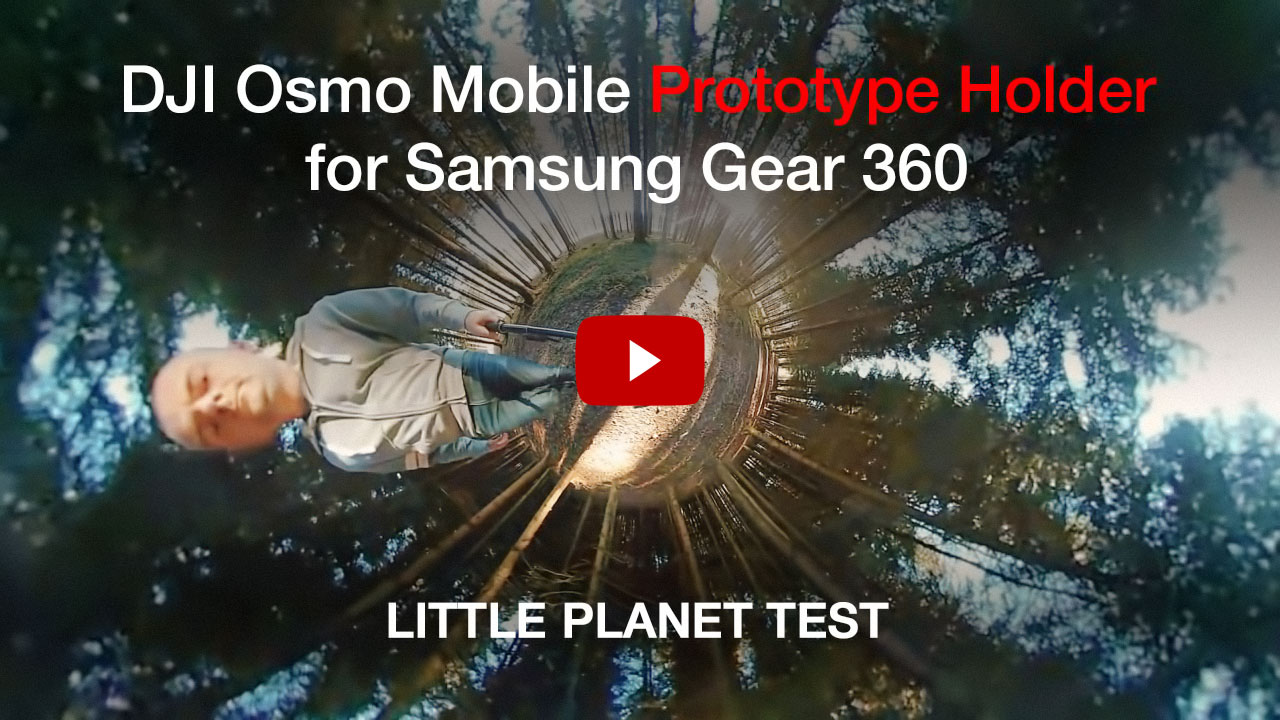 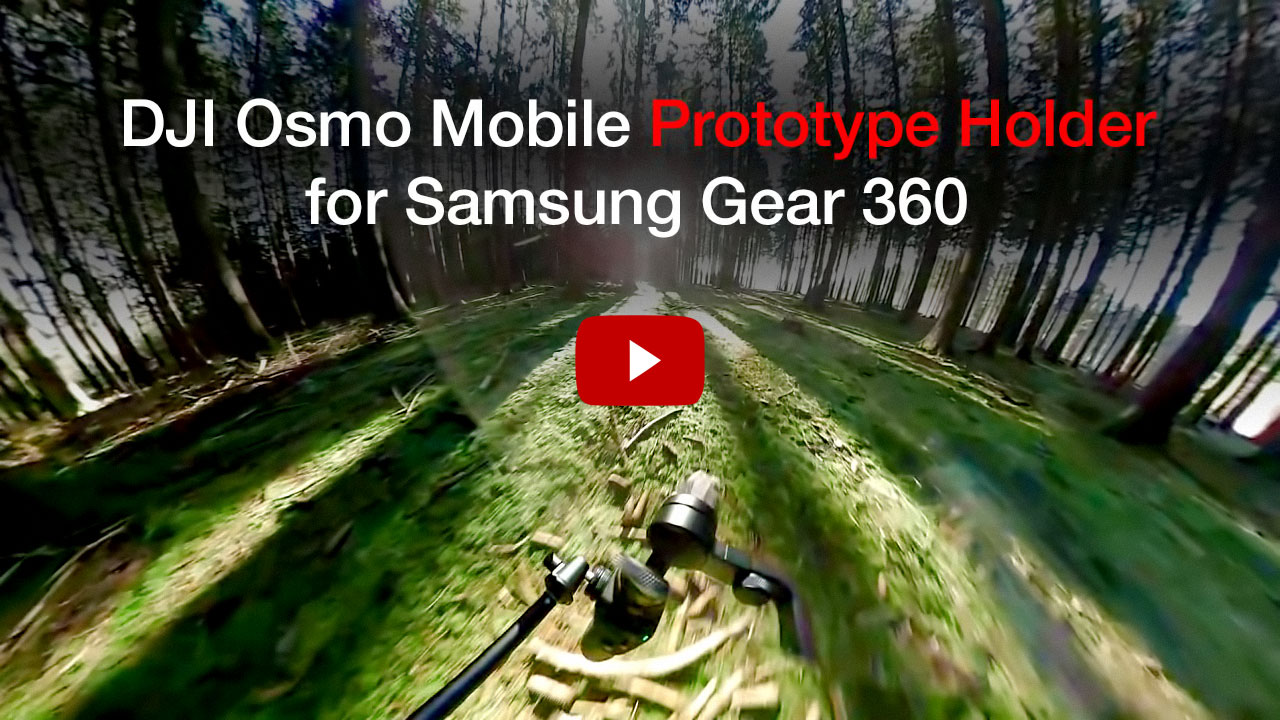 I’ve succeeded to built my own special adapter for the DJI Osmo Mobile gimbal. It was a lil bit tricky because the Osmo Mobile motors are weak. But I did it and now I can shoot gimbal stabilized footage with the Samsung Gear 360 camera. The test footage was only stabilized with the Osmo Mobile – no post stabilization was used!

UPDATE: Wanna shoot super smooth 360 VR videos with your Samsung Gear 360 & DJI Osmo Mobile? I decided to sell my blueprints to DIY people who want to build their own Kraken36 adapter. Check out the link on Sellfy: https://sellfy.com/p/lqYJ